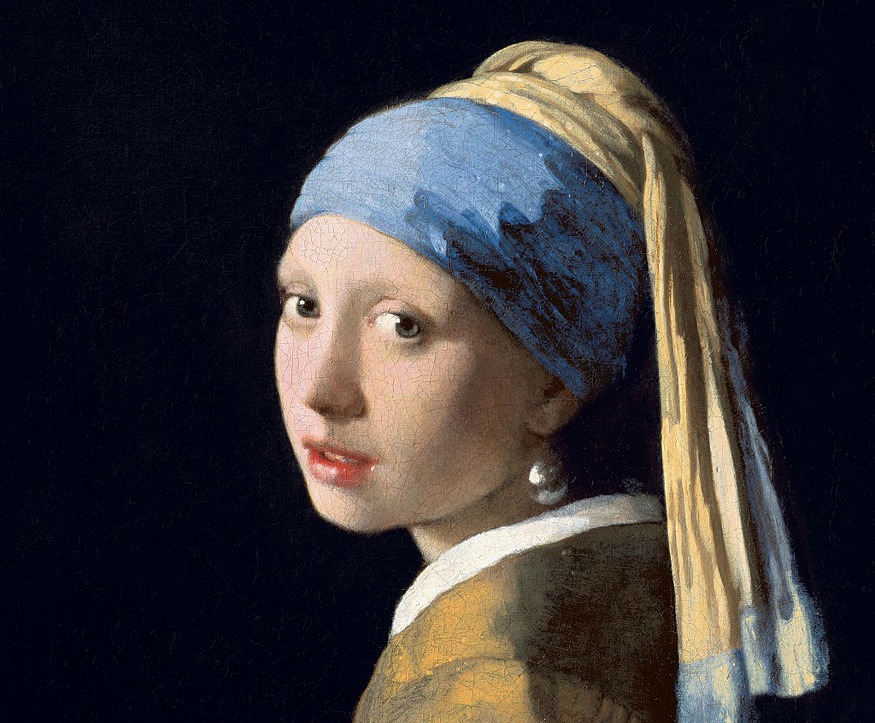 Dutch painter Johannes Vermeer, whose few paintings have left works that still arouse curiosity, interest and admiration from centuries ago.

Johannes Vermeer is one of the most well-known painters in the Netherlands today, along with Rembrandt. But Vermeer was not a well-known painter in his day. This mysterious artist, whose life, painting education and technique could not be found, went out of Delft, the city where he was born, only once to go to Amsterdam. Although Vermeer did not have a great impact on his period with his paintings, which he worked in small numbers and in small sizes compared to the general painting world of the 17th century, centuries later, he is mentioned as a mysterious genius in many fields from painting to cinema, pop-art culture and mural art all over the world. A Mysterious Treasure Waiting for Centuries

Vermeer was born on October 31, 1632, in Delft, Netherlands. His father, who owns a satin weaving factory, is also engaged in the trade of works of art. Having a childhood familiar with paintings, Vermeer took over the business of collecting and selling works after his father’s death in 1652, but his desire to paint is more dominant. Although many names can be counted in the field of painting, which are assumed to have been influenced by his period, the information about who and where he received his education cannot go beyond guesswork.

When he started painting in the 1650s, Vermeer first worked on religious and mythological subjects. But after a short while, as we can see in his works that have survived to this day, his main subject begins to be scenes from everyday life. Vermeer, who mostly works on interior depictions, was not known outside of Delft during his lifetime. He became a member of the city’s painting society in 1653 and was elected president of this society in 1662 and 1670. Vermeer, who has a small-scale recognition in the city of Delft, attained his indisputable position in the art of painting two centuries after his own period. Étiene-Joseph-Théophile Thoré, a French painter and art critic, writes an article on Vermeer’s works in 1866 and refers to Vermeer as the “Sphinx of Delft” in this article. From this date on, museums in the 19th and 20th centuries. Vermeer, who died in Delft on 16 December 1675, leaves only 36 paintings behind. His works, which are exhibited in 18 different museums in 7 different countries today, promise a visual journey towards the mysterious world of its creator and the paintings, hidden details behind the calm scenes. The “Meet Vermeer” corner, implemented jointly by Google Arts & Culture and the museum Mauritshuis, which is considered the home of Vermeer , offers a wide and competent selection in order to get to know the artist and his works better and to follow his influence on today.

A wide, enjoyable and exciting digital meeting with Vermeer takes place in the Meet Vermeer corner, where detailed articles on the artist’s painting details, videos, visuals, pop culture studies prepared based on his works, the artist’s life and the examination of his works are included. Among the Dutch painters, you are faced with an extensive archive of both the works and the approach to art of Vermeer, who exhibits mastery in the use of light and clear colors, uses a unique paint technique, and mostly focuses on female figures in his paintings. You can examine Vermeer paintings closely in the digital gallery prepared with the augmented reality technique. You can get information about the hidden details in important paintings such as Christ in the House of Martha and Mary, The Glass of Wine, The Geographer, View of Delft, Vermeer’s interest in cartography, and why the world-renowned Girl with a Pearl Earring is so famous. reviews and much more, in collaboration with Google Arts & Culture and Mauritshuis, invites digital travelers to a pleasant journey in the world of painting.

Related Topics:Pearl Earring
Up Next

Creativity in Every Corner: Rotterdam Netherlands