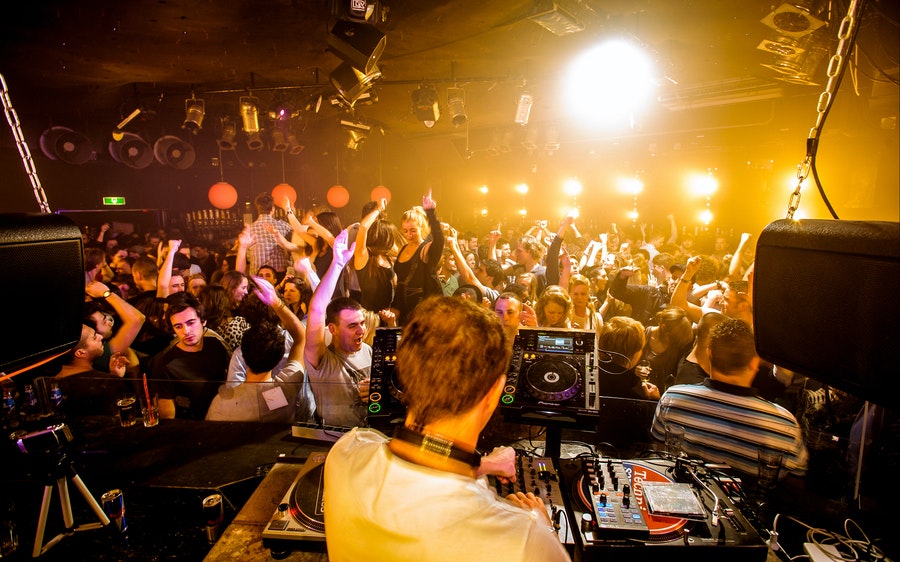 Nightclubs in Netherlands open their doors on February 12 despite the measures. Nightclubs are planning to open on Saturday, February 12, despite the coronavirus measures. Two organizations representing businesses, Nachtbelang and Overleg Amsterdamse OAC, complain that nightclubs remain closed even as the cabinet has relaxed measures for many sectors. Organizations are demanding that clubs open on February 12, through the ‘De Nacht Staat Op’ initiative.

According to current coronavirus measures, clubs are required to keep their doors closed; Festivals are not yet allowed. One of the spokespersons of the campaign said, “We want to show ourselves that with this action we can open again safely.” On the night of February 12, when the doors will be reopened, the coronavirus QR codes will be checked.

Last year, the nightclubs and events industry protested the lengthy shutdowns with ‘Unmute Us’ marches across the country. Unmute Us stated that the protests will continue unless a realistic plan comes from the cabinet.

It is stated that next Monday, a meeting will be held between the Ministry of Economy and representatives from nightclubs.

Located in the heart of Amsterdam’s touristic center, the Leidseplein, a few hundred meters away from Melkweg, the city’s other most important nightclub and concert venue, the old church, the new nightclub (this must be what they call recyle!)

It is one of the rare places that has an indispensable place in Amsterdam’s nightlife. In addition to the various dance nights held regularly, it is a night club that hosts many groups coming to Amsterdam, and also hosts cultural events such as various discussions and conferences when necessary.

The fact that it is remodeled from the church makes the building’s acoustics not an ideal place for concerts, but it is still one of the indispensable points of rock concerts for Amsterdam (also, the beer served in plastic glasses will spoil your drinking pleasure, but it can be excused). But the best part is that you can go to the concert at 8 o’clock and stay for the dance night that follows it (of course, you have to pay for the ticket :-). This place, which has a considerable place in the nightlife of Amsterdam, has signed important dance events such as Paradisco 2000 (and 3000, 4000 goes…) and bassline. 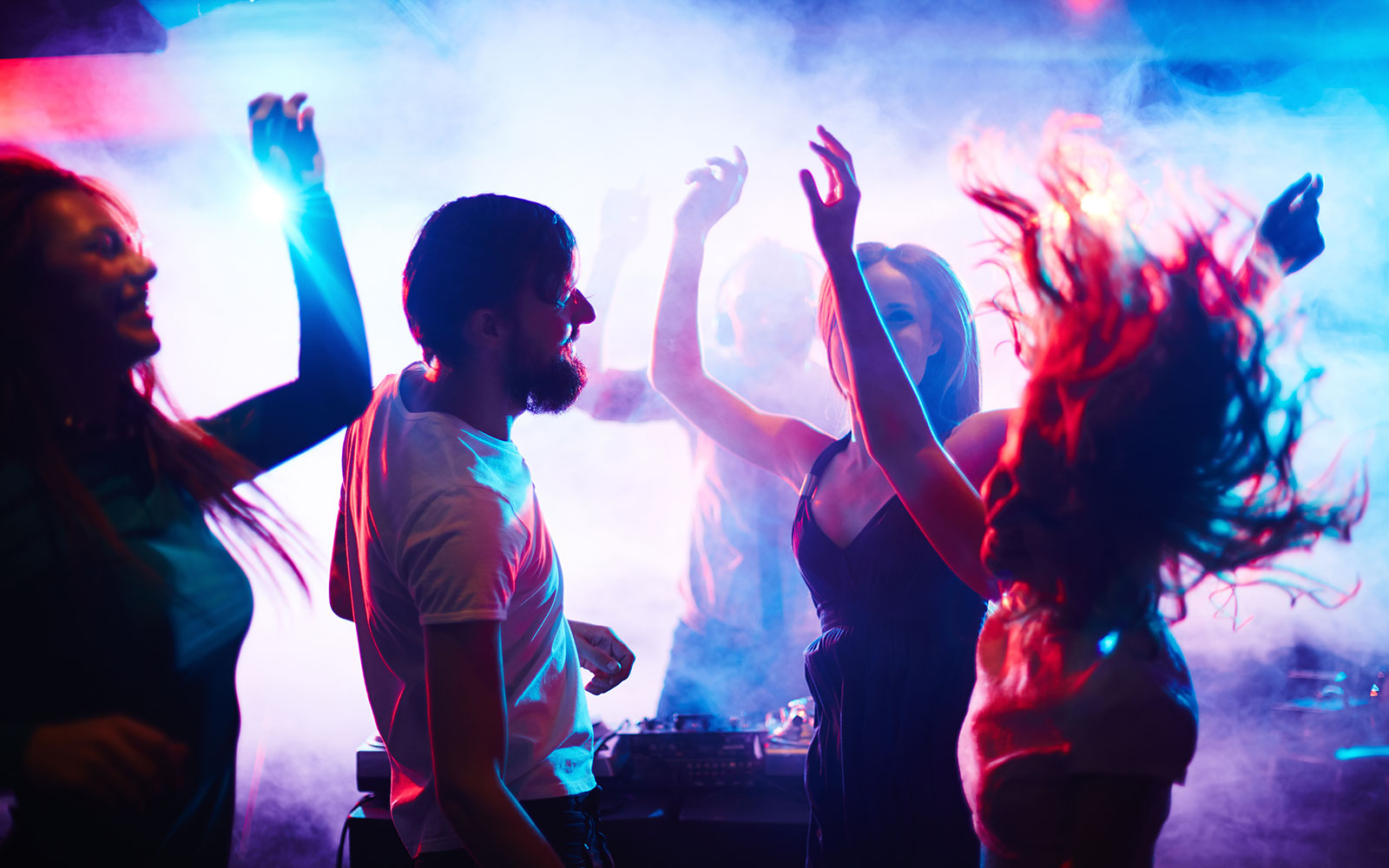 Which are the famous Night Clubs Of Amsterdam? Paradiso, Melkweg, Sugarfactory, Panama Club, Canvas, Jimmy Woo, AIR, Pacific Parc, De School, Studio80, Escape, Chicago Social Club, Bitterzoet are the most popular nightclubs. We have listed the most popular ones below.

This is a former church building now one of the most popular alternative music scene and nightclubs. In fact, it is one of the 2 stars of Amsterdam nightlife.  In fact, it is a place that opened its doors not for such a purpose in the first place, but as a place where artists can collectively do creative work under the name of “Cosmic Relaxation Center Paradiso” in 1968. But over time, it has turned into a concert venue where local and international bands take the stage. Since the venue is an old church with 1500 seats, you can guess that its acoustics are excellent.

Melkweg, the Milky Way, is the other star of Amsterdam nightlife. It was conceived as both a music/entertainment venue and a cultural centre. A place converted from an old dairy factory. Its four halls function as a stage with different styles of music concerts, a cinema, an exhibition space and a restaurant.

Although it is slightly overshadowed by Paradiso and Melkweg, Sugarfactory is one of the gems of Amsterdam nightlife. Combining nightlife with performance and art, the venue does not host international artists like the other two, but it also hosts performances from neighboring countries and local talents. There are also special DJ parties on Mondays, Thursdays and Sundays for different music genres, from techno to jazz.

This is a huge nightclub with a quality sound system, House & Techno performances by world-famous DJs, and a capacity of more than 1000 people. The building in which it is located is one of the historical and nostalgic warehouse buildings in the harbor area of ​​Amsterdam.

Let’s take you to Canvas for a classier party. Canvas, a rooftop bar with 360-degree views of the city, located on the 7th floor of an old newspaper building, which is now a hotel, is the address for locals and foreigners who want to party on Friday and Saturday nights. After 23.00, the tables leave and take their place in the DJ booth.

It is one of the most popular venues of the electronic music scene in the city. The Air Card system is used to buy drinks from the bar in the nightclub with a high quality sound system, a capacity of 1300, 5 bars, divided from room to room. There are also lockers inside for those who want to have fun more safely and comfortably.

Attracting attention with its shining ceiling, the nightclub is frequented by celebrities. The upper floor is an Asian style lounge bar, and the lower floor is the dance floor. But getting into this club is not as easy as other places. There is a strict door policy.
Address: Korte Leidsedwarsstraat 18 1017 RC Tel: 31 20 626 3150 Website: www.jimmywoo.com Click for location .

If you’re the type who doesn’t like to dance and hang out at the bar corner with a drink, we say don’t even go near Pacific Parc. Because this is Amsterdam’s most rock & roll place. In the place where there is a place to spend time and eat during the day, on Thursday, Friday and Saturday evenings, the tables are set aside, rock ‘n’ roll starts with DJ or live music. 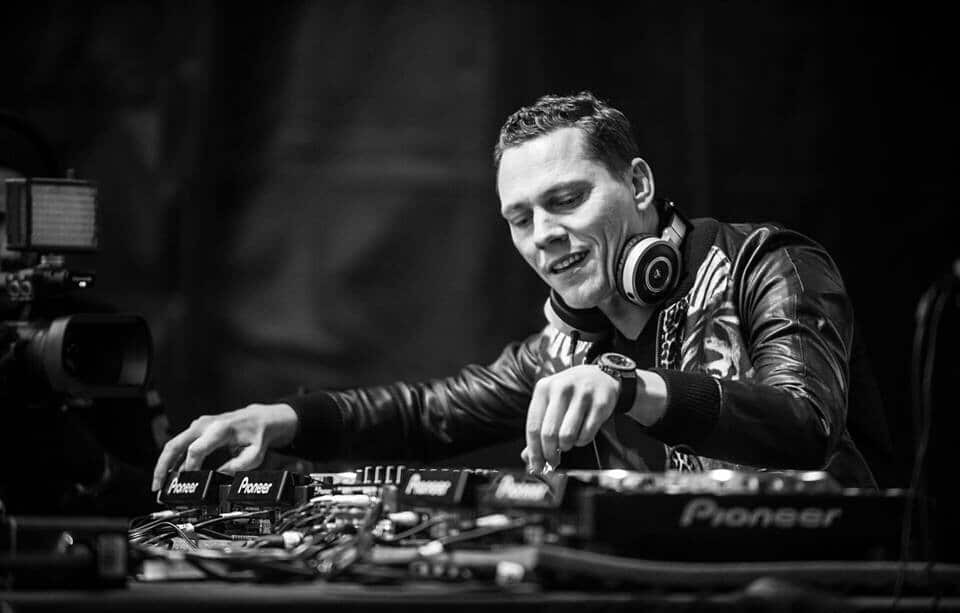 Who is Tiesto? All About DJ Tiesto.

Dutch DJ, whose real name is Tijs Verwest, was born on January 17, 1969 in the city of Breda Netherlands. Tiesto’s biggest passion was music since his childhood . Energetic and melodic music. The tape store where he worked gave him a lot in terms of music knowledge and production. The need to share the music he loves with as many people as possible led him to DJing, which he found most suitable. At the age of 14, Tiesto started his DJ career by purchasing his first musical equipment and collecting records to create his own archive. At the age of 15, he was handing out mixtapes of the moon’s best tracks to friends and clothing stores. A year later, Tiësto was playing in small student parties. The next step was the disco “De Lente” in Breda. He entertained his listeners with hip hop and old house style songs selected from Dutch club charts. Later, he realized that he wanted to play house only, narrowing his interest to the bass groove loaded with house rhythms. Thus, he started playing in the very well-known club “The Spock” in the same city, where only house is played on Thursday, Friday and Saturday nights. The following year he mixed for an illegal radio station called “Channel X”, which broadcasts house music 24 hours a day, which was especially popular in the Netherlands and Belgium. In the same year, at the age of 22, he was also playing in the famous club “Voodoo Club” in Amsterdam. Whenever he had time, he would go to famous Belgian clubs and try to get to know different genres. Although he only played club music until the age of 24, in the following years he also started to play hardcore music, which he saw very popular in Belgium. He also met the magnificent magic of trance music in Belgium. He began experimenting with these new sounds in “The Spock.”

Moving away from the fashion of the time and creating his own different style, he was soon discovered by Arny Bink, the manager of the record company “Basic Beat Recordings” in Rotterdam. For this, he tried for a long time by sending his records to about 100 record companies, but he could not succeed. “The Quest For Atlantis”, the 3rd in the “Forbidden Paradise” series, became the first mixing CD. The album was particularly popular in Norway and helped Tiësto make his big debut. His music began to be noticed in his own country over time. In November 1997, he started working on his own tracks by founding the record label “Black Hole Recordings” with Arny Bink. Shortly after its establishment, he released his first album with the label of his partner company. He set new standards in dance music with “First Flight,” the first of the legendary “Magik” series of mix compilations, which was a huge hit worldwide. He also mixed the first two CDs of the techno series “Space Age”. He prepared a vocal and melodic mix album of his own taste under the name “In Search Of Sunrise”. The success of his work has enabled him to appear in world-famous clubs and festivals such as Gatecrasher, Cream & Slinky (England), Love Parade (Germany), Ibiza (Spain) since 1999.

Ferry Corsten, who liked the mix he made for Sarah McLachlan and Delerium’s song “Silence”, which was number 1 in the UK charts and the club anthem of 2000, had a big share in Tiesto’s arrival as a producer. With the “Gouryella” project, two Dutch DJs released the albums Gouryella, Walhalla and Tenshi. They also mixed many songs together and undersigned their chart success. The project continues as Corsten’s personal work, with Tiësto leaving in March 2003. Apart from Gouryella, he also participated in projects under the names “Alibi” and “Major League” with Armin Van Buuren. Tiësto made her big break in America with the album “Summerbreeze”, which included a mix of “Silence”. While the song managed to stay on the UK charts for 4 weeks, it became the first house song played during the daytime on the radios in the USA and progressed to number 3 on the charts. The “Silence” mix became one of the most important pieces in Tiësto’s career, bringing his fame around the world.