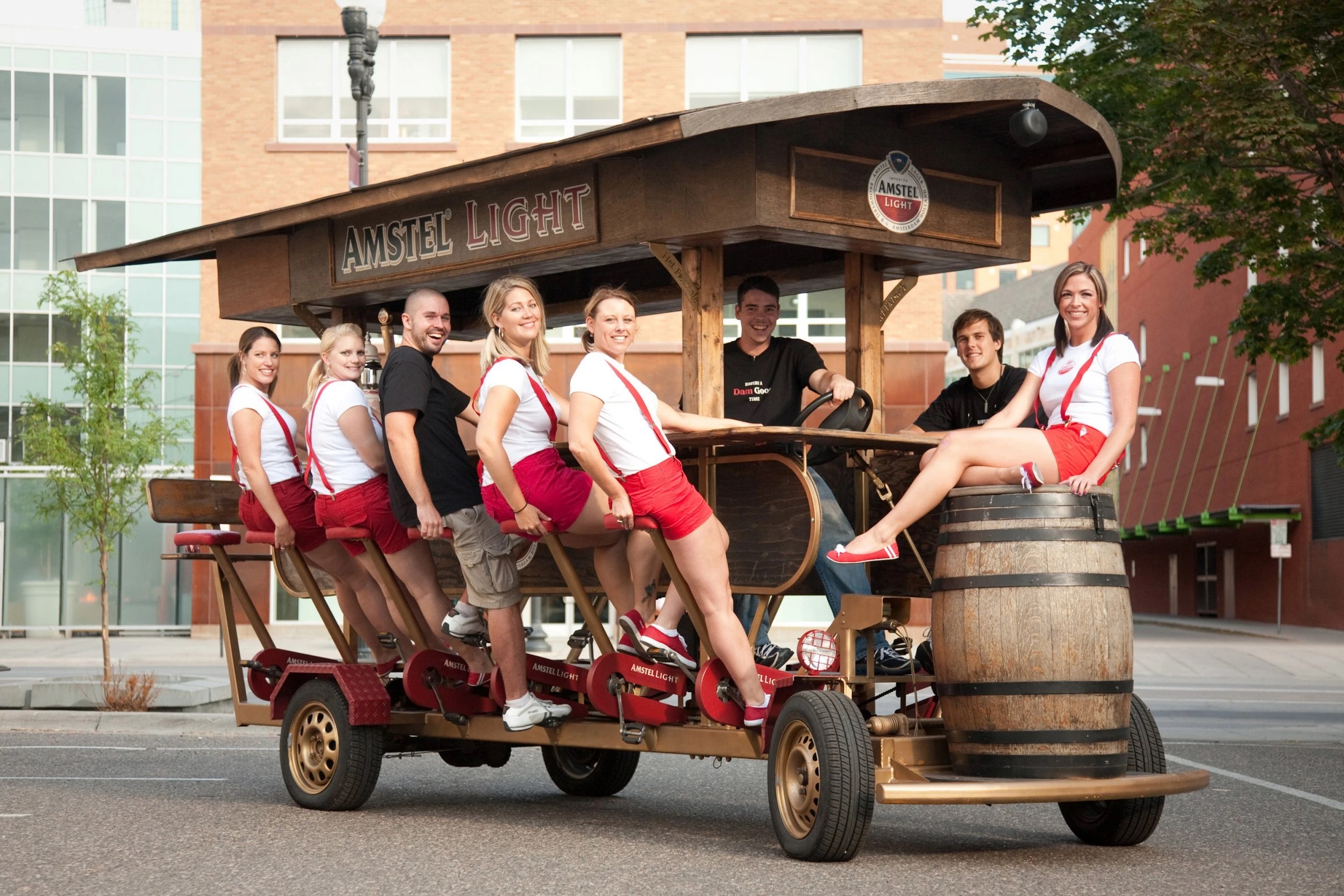 “Beer bike, pedal bar, bar bike” and more. All these names are used for the special type of bicycle invented in 1997 by the Dutch company Het Fietscafe BV.

The first idea for a beer bike came from the owner of a local bar in the Netherlands’ Stroe district. In a playful way to promote his bar at the Queen’s Day parade, the man invents the beer bike. In 2000, the bikes were developed by Het Fietscafe and took their current form.
In beer bikes, more than one passenger turns the pedals to make the bike move, while the driver is in control of the bike’s direction and brake. Meanwhile, passengers both drink the beers handed out by the bartender and have the opportunity to tour the city!
Similar types of bicycles are also used for many different purposes; eg hen parties and tourist trips. In these organizations, products such as snacks, soft drinks or coffee are offered instead of beer, but when alcohol is involved, the bicycle cannot drive without a driver.
The modern beer bike usually consists of 8 passengers and a driver. These vehicles are often designed to look like streetcars of the early 20th century, with seats next to each other for pedalers.
Beer bikes have also been involved in accidents and incidents in various places. In 2017, the Municipality of Amsterdam banned beer bikes on the grounds that they affect noise and traffic.
According to Het Fietscafe’s figures, there are currently 20 beer bikes for rent in the Netherlands, 30 in Germany and 100 in the USA! Bicycles are used fondly not only in these countries, but also in many parts of the world, including Denmark, Spain, Japan, Hungary, and Israel.
For those who want to rent a beer bike from Het Fietscafe, the prices are as follows:
12 persons (min. 2 persons), 65 per hour, 225 euro per day.
17 persons (min. 2 persons), 75 per hour, 275 euro per day.
Amsterdam special package for 15 people, 6 daily departures of 75 minutes, 375 euros.
Related Topics:
Up Next

Cancer vaccine for dogs in the Netherlands: Big step in cancer treatment

Shops in the Netherlands close early due to lack of staff