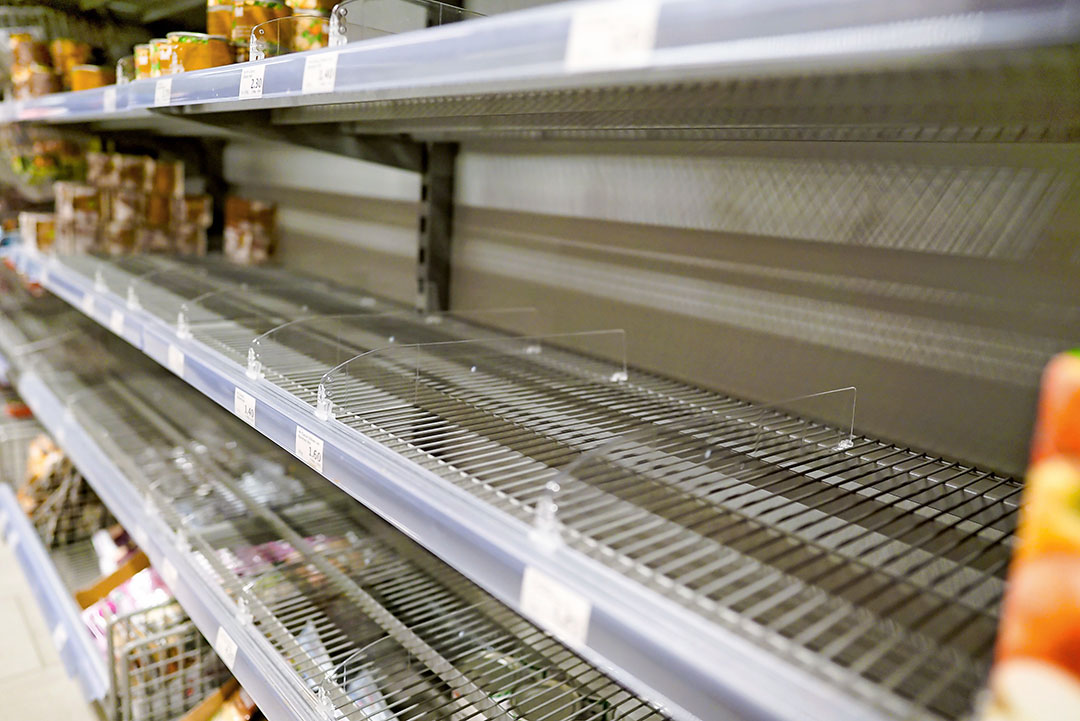 Farmer protests in the Netherlands reflect on market shelves

Protests by farmers to market distribution centers in the Netherlands cause the shelves to be empty in the markets. Visible gaps began to appear, especially in dairy products and fruit-vegetable departments.
Farmers have been protesting in front of the distribution centers of companies such as Jumbo, Aldi and Lidl in various parts of the country since yesterday. Distribution is prevented by closing the entrance and exit of distribution centers.
Umbrella organization CBL wants police to intervene in protest areas and clear roads. However, the police state that they will intervene after meeting with the distribution centers and the mayor.
So far only an emergency decision has been made in Nijkerk. In Sneek, after the municipality’s warnings, the riot police intervened in the blocking of the demonstrators at the entrances of the distribution centers.
According to CBL, farmer protests will also cause huge financial losses in the coming days. The organization stated that the protests will cause problems not only in markets but also in distribution to health institutions and hospitals. Research agency Roamler, on the other hand, stated that the gaps in the markets are not a national problem at the moment, but that there may be problems in regions where there is already limited stock.
In yesterday’s protests, the police fined 200 people, mostly protesters who drove their tractors onto the highways. In addition, it was stated that many people were detained.
Related Topics:
Up Next

In Rotterdam, children will be able to visit 165 entertainment areas with a sightseeing card.