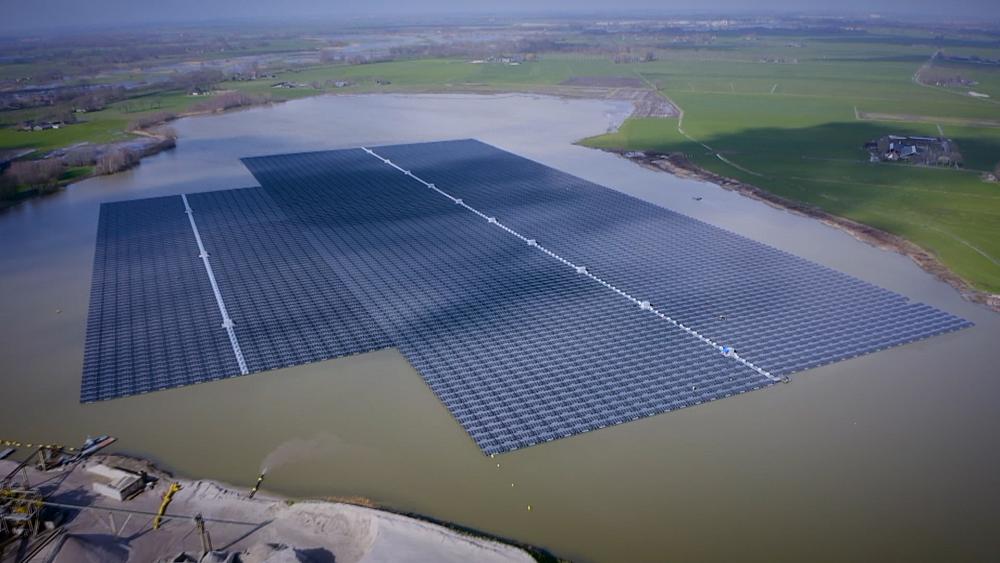 It produces uninterrupted high-tech energy with 73 thousand solar panels, 13 transformers and 338 inverters in the middle of nature.

Built on the lake near the Dutch city of Zwolle, the facility, which is the largest solar power plant outside of Asia, produces enough energy to meet 6 percent of the city’s energy needs. With its unique design and advanced technology.

European solar company BayWa re is behind the project called Floating Solar. The German company, which operates globally, is working on renewable energy solutions that we can benefit from nature. Project manager Willem Biesheuvel says the power plant works like solar farms on land or solar panels on your roof: “The only difference is that the panels are placed on four float boats. The steel structures surrounding the floaters also act as the roof.”

From idle areas to power plants

“Our biggest advantage is to be able to make functional areas that do not work in countries with a dense population by size.” says Benedikt Ortman from BayWare, emphasizing the importance of the preferred location for another farm built in a sand quarry.

According to Ortmann, it has been proven for the first time that solar energy can be obtained at the same or even less cost than natural gas, coal or fuel oil at the facilities in Poland. This advantage becomes even more important due to the high investment costs in renewable energy systems.

The integration of advanced technology products makes the solar power plant efficient for a longer period of time and reduces costs for both producers and consumers in the long run.

Reminding that the beauty of renewable energy is that the sun and wind are free, Ortmann said, “This means that electricity prices will fall as long as solar or wind farms remain in operation.” He says and adds: “So we need long-lasting materials”.

One of the most important components of solar farms is inverters. As Huawei has developed, this type of inverter converts direct current to alternating current, allowing it to reach our homes as energy thanks to electrical networks.

Saying that they use inverters with high production capacity, Biesheuvel states that space and cost savings are saved with fewer inverters.

The lifespan of the giant floating solar power plant in the Netherlands is at least 30 years. All the tools used here are also recyclable. According to those responsible for the project, larger lakes and seas are targeted in the next phase.

Related Topics:netherlands energy
Up Next

Prime Minister Rutte: Turkey is of great importance for the defense of the eastern flank