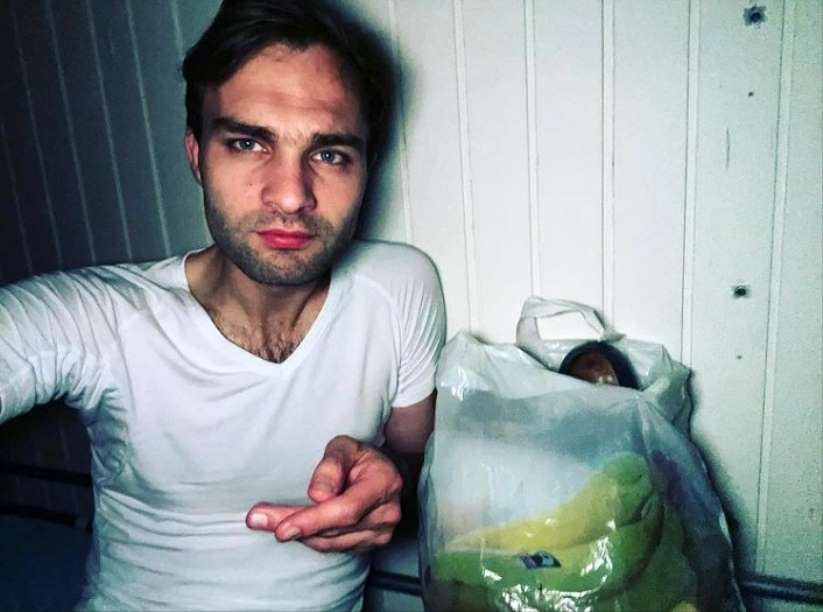 Dutch Minister of State Maarten van Ooijen changed his disguise and identity to see the problems of the homeless more closely, and spent a night at the homeless outreach center.

Maarten van Ooijen, Minister of State for Public Health, Sports and Social Care in the Netherlands, went to the social aid center in Den Bosch, 80 kilometers south of the capital Amsterdam, to examine the problems of the homeless on site and to see them more closely. Only the director of the social assistance center and a security guard were informed of the visit. Changing his clothes, wearing a t-shirt and jeans, Minister Ooijen entered the outreach center towards midnight with his bag containing his shirt, clean underwear and toothbrush. Ooijen, who spent the night at the shelter, shared his experience on his social media account the next day. Ooijen stated that the officers politely asked him questions and his private boundaries were respected. Ooijen, who said that he had a conversation with the homeless people in the living room for a while when he entered, said that he asked the reasons for being homeless and whether they received social assistance. Ooijen stated that he then went to the dormitory and stated that he encountered a strong smell of the floor and was warned to be prepared for snoring at night. “It went better and more honestly than I could have imagined,” Ooijen said of the impromptu study visit.

There are those who welcome, and those who react.

The social media post of Minister van Ooijen, in which he describes his experience in the social assistance center, was commented on by many people. Some social media users described the visit as a “game”, stating that Ooijen’s entire experience was limited to the smell of sweat and snoring. Claiming that Ooijen reduced the problem of the homeless to a “pajama party”, users said, “What will you do next for the homeless, that’s the real issue”.
Some social media users expressed their satisfaction with the unannounced visit of Minister Ooijen. Users welcomed Ooijen’s desire to gain experience with the homeless in this way, noting that it was important for them to see the truth better.
Related Topics:
Up Next

Iceland Airlines will send its own luggage attendants on Dutch flights

WARNING: Extreme heat in the Netherlands!

The minimum wage in the Netherlands for 2023 has been announced The energy crisis and the cost of living that came after the days of the pandemic affected the citizens and especially the employees very badly this year. The government announced a new support package for low-income people in its 2023 budget, which it announced recently.

The cabinet, which tries to provide support in certain areas to increase the purchasing power of the citizens, announced the minimum amount of minimum wage to be applied for 2023.

Chinese-born Canadian singer Kris Wu was sentenced to 13 years in prison for raping three women in November and December 2020.

A year after the arrest of pop singer Kris Wu by a Beijing court in the Chinese capital, Beijing, he was found guilty of crimes, including sexual abuse, and sentenced to 13 years in prison.

According to The Guardian, the Beijing court ruled that the Chinese-born singer sexually abused three women in November and December 2020.

“Wu Yifan took advantage of three drunk women in his home,” the court said on its official WeChat account.

Wu was detained in Beijing on July 31, 2021, after an 18-year-old Chinese student accused him and other girls, some of them under 18, of inciting to have sex with him.

The student told the media at the time that Wu tried to persuade her to have sex after she was 17-years-old with alcohol.

The court also found Wu guilty of gathering crowds to have sexual intercourse in July 2018.

The tax office said Wu was ordered to pay around 600 million yuan for the crimes of “hiding personal income, tax evasion, as well as underpaying taxes”.

The court announced that Wu would be deported, but lawyers in China said such deportations usually take place after the sentence has been served. It was stated that 90 percent of the hospitals in the Netherlands are at risk of making a loss in the next year due to the high inflation and the increase in personnel and energy costs.

In the news published in the local media, it was stated that the Dutch Hospitals Association (NVZ) had the Finance Ideas Institution conduct research in 56 hospitals in the country.

In the news, it was stated that 90 percent of hospitals are at risk of loss in the next year due to high inflation in the country and the increase in personnel and energy costs.

In the news, it was reported that hospitals were not allowed to increase health service fees in order to generate more income in order to meet the increasing energy and wage costs.

It was reported that NVZ President Ad Melkert evaluated the result of the research as “disturbing”, and pointed out that health insurance companies have not yet approached this and that time is running out.

“Hospitals now need all the resources to invest in the best care for their patients, good working conditions for healthcare professionals and the implementation of the recently signed Integrated Care Agreement,” Melkert said in the news. statements were also included. 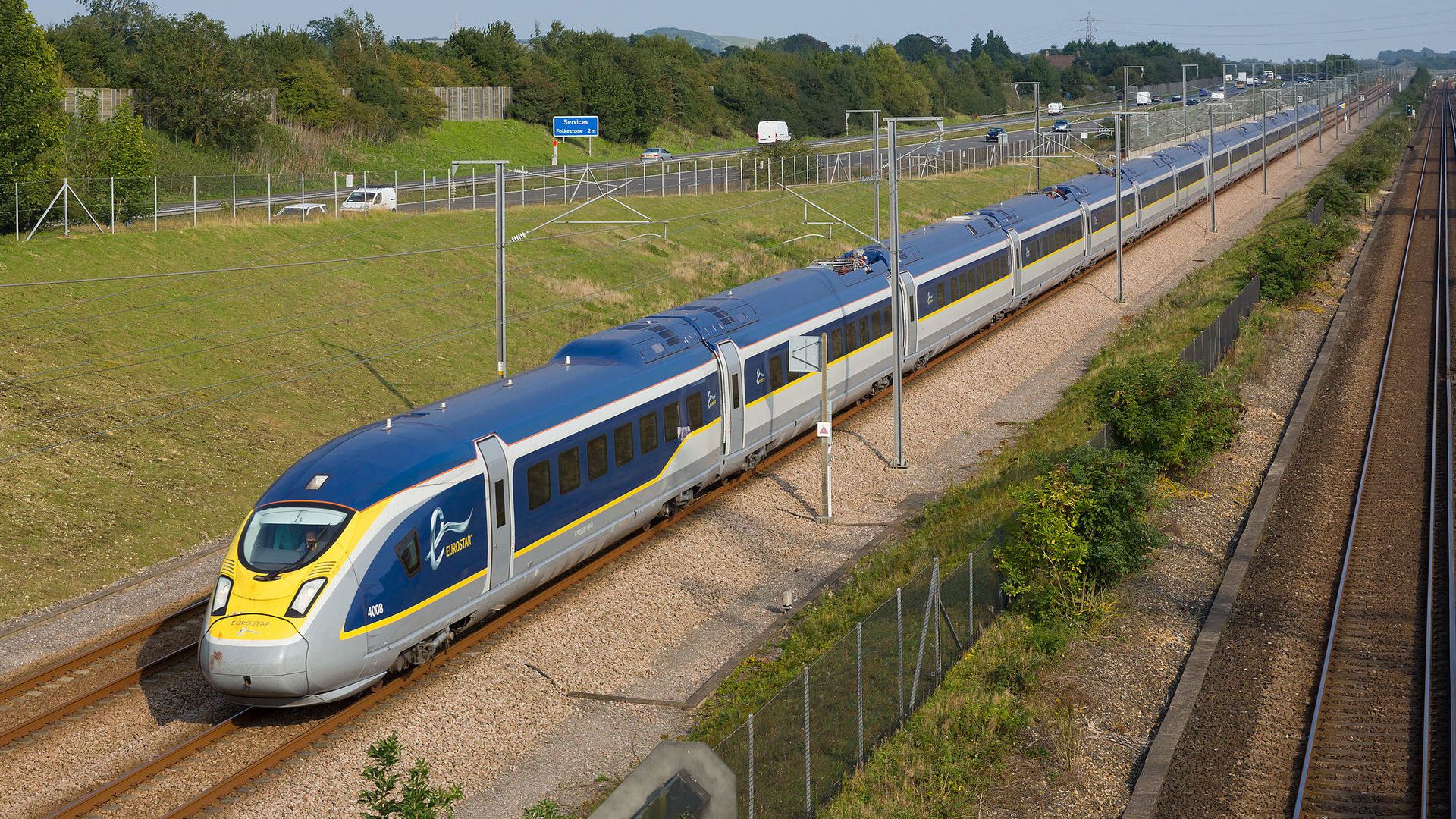 Are you planning to go on a winter vacation? You are lucky; because on this Legendary Friday, NS International is offering a huge discount of up to 75% on train tickets to and from Belgium.

Tickets are sold online at (nsinternational.com) where you need to book directly.

Discounted train tickets to Belgium must be purchased between 25 – 28 November.

The Netherlands will make a worldwide apology for its history of slavery. 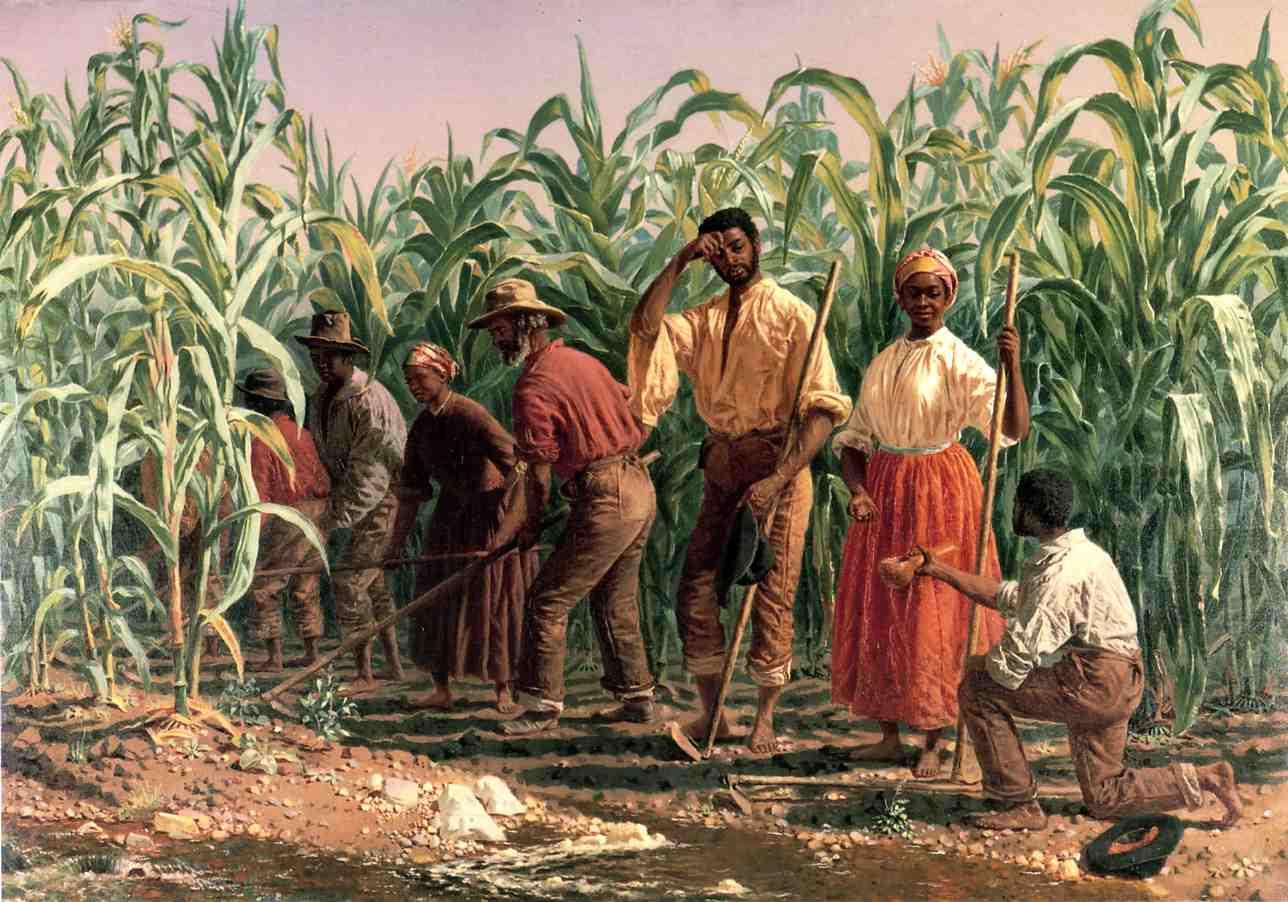 The Dutch government will formally apologize for the country’s history of slavery at 8 separate locations around the world on Monday, December 19th.

Instead of paying compensation for slavery, the government will allocate 200m euros to raise awareness on this issue.

This development, announced by the Dutch public broadcaster NOS, was also confirmed by government sources in The Hague.

Seven government ministers will travel to the former Dutch colony of Suriname and the Caribbean islands of Aruba, Bonaire, Curaçao, Sint Eustatius, Saba and Sint Maarten on December 19.

Dutch ministers will here make a formal apology on behalf of the state for the country’s history of slavery.

Prime Minister Mark Rutte will also make an apology in The Hague on the same day.
.

The weather will get colder next week in the Netherlands 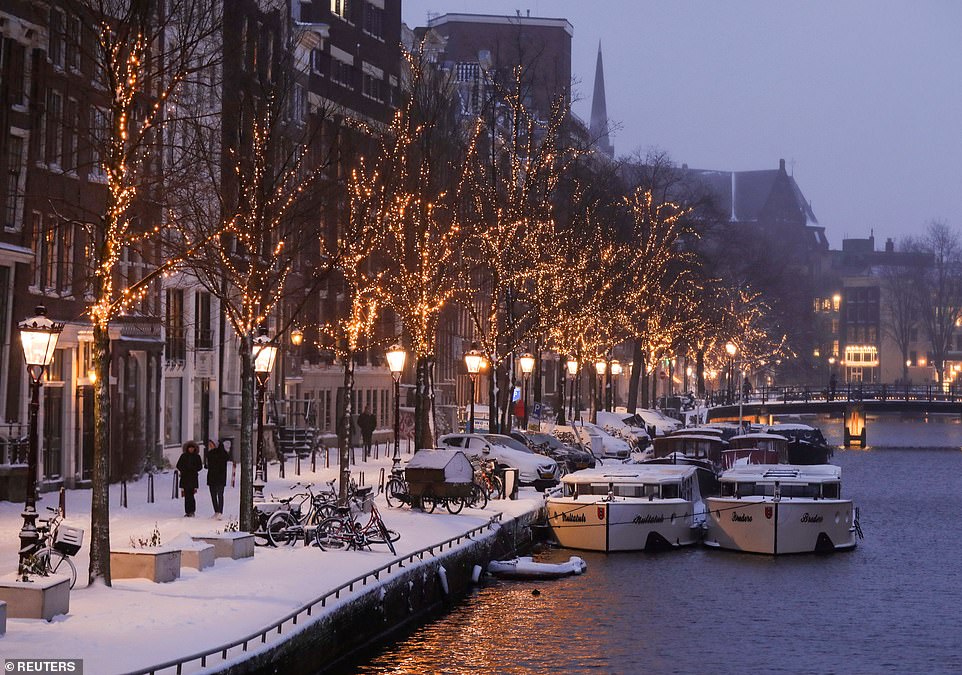 According to the Dutch Meteorological Institute (KNMI), after a weekend of mild weather, the Netherlands will be affected by lower temperatures from the second half of next week. Temperatures can drop as low as 5 degrees from Wednesday.

On Friday and Saturday, light showers are expected in the east, with a mixture of clouds and sun. Temperatures will be 11 degrees on Friday and 9 degrees on Saturday.

Although the week will start with rain, drier weather is expected from Tuesday.

“As the week progresses, the effectiveness of cold weather will gradually increase,” KNMI said. Temperatures for Wednesday and Thursday are expected to be between 5 and 9 degrees. Next week will see cooler weather as temperatures drop below normal towards Saturday.

Strict supervision of energy companies is required in the Netherlands 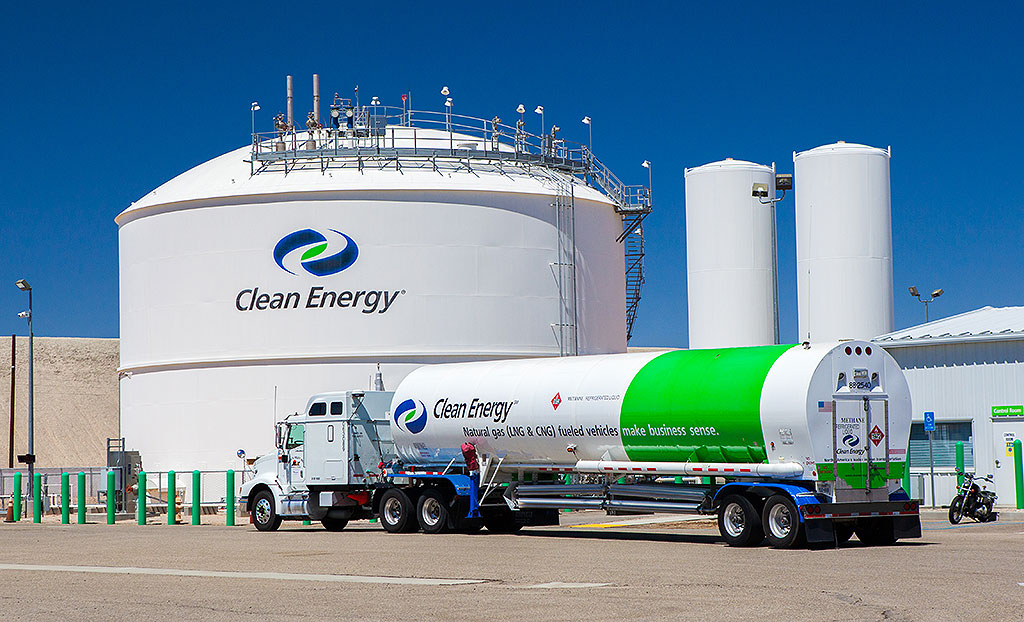 The Consumers and Markets Authority has demanded that power companies be given stricter monitoring powers, saying rules for energy companies need to become much stricter to avoid new problems in the future.

Chairman of the Board Martijn Snoep says that the current problems in energy companies are not over yet and that adequate supervision is not provided by the current rules. “We can’t do the things we want to do, so we don’t control enough. The current laws were designed at a time when there was enough gas in the Netherlands, when there was no climate problem yet. So the system needs a fundamental overhaul,” Snoep told the NOS Radio 1 Journaal.

Last year, several energy companies went bankrupt after the gas price skyrocketed. According to the regulator, the problems could not be avoided under the current rules. That’s why chairman Snoep advocates subjecting more than 60 energy companies to rules similar to those that banks currently have to deal with. Snoep thinks this will significantly reduce the risk of bankruptcy.

In addition to these, the Consumers and Markets Authority wants a guarantee fund to be established in case companies go bankrupt. According to Snoep, consumers can receive support from this fund for energy cost expenditures that change from day to day, as was the case with Welkom Energie customers last year.

Health insurance should be taken as an example

Snoep also wants the range of energy companies to be simpler and easier for consumers to compare. As with health insurance, demands are to have a fixed period during which consumers can switch from one supplier to another. 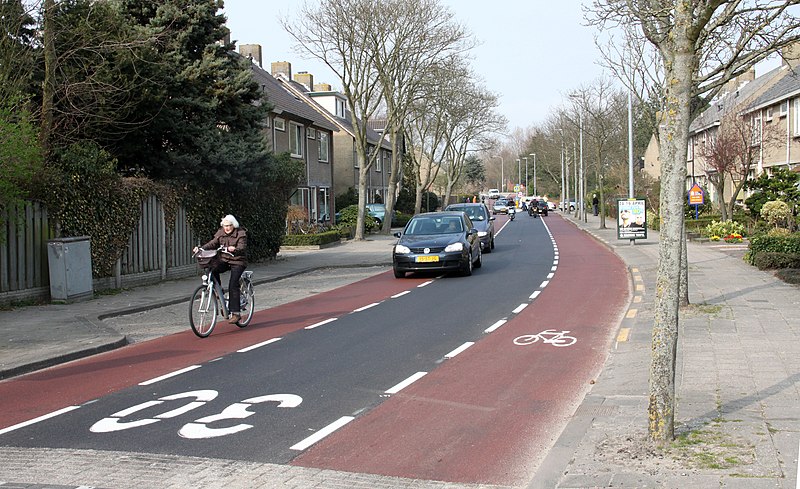 Recent research shows that accident-related casualties among cyclists will increase in the coming years if no action is taken by the Dutch government.

As more and more Dutch and foreign bikers cycle along the lanes, accidents are also becoming inevitable. The Dutch Minister of Infrastructure and Water Management, Harbers, has a plan to prevent further loss of life.

Minister Harbers announced that 50 million euros will be invested in bike lanes to improve bike safety for groups more prone to accidents.

These investments are expected to be aimed at preventing accidents that occur especially in the places where the elderly live and in sports and school environments.

Older people are one of the most cycling groups in the Netherlands, but they are at higher risk of being seriously injured in these accidents. This is why it becomes even more important to provide them with extra protection.

Similarly, it is common in the Netherlands to see children growing up on bicycles. This means that children, as well as the elderly, should be considered at the forefront of measures against bicycle accidents. According to studies, about 1 in 5 cyclists who visited the emergency room after an accident was younger than 17 years old.

In addition, more than 80% of serious bicycle accidents in 2019 are related to a motor vehicle. Therefore, great steps need to be taken in this area as well.

Cycle lanes are getting more crowded as more people enjoy cycling in the Netherlands. Naturally, the tendency for accidents to occur with different vehicles traveling at different speeds is also growing.

Energy prices will rise in the Netherlands in 2024 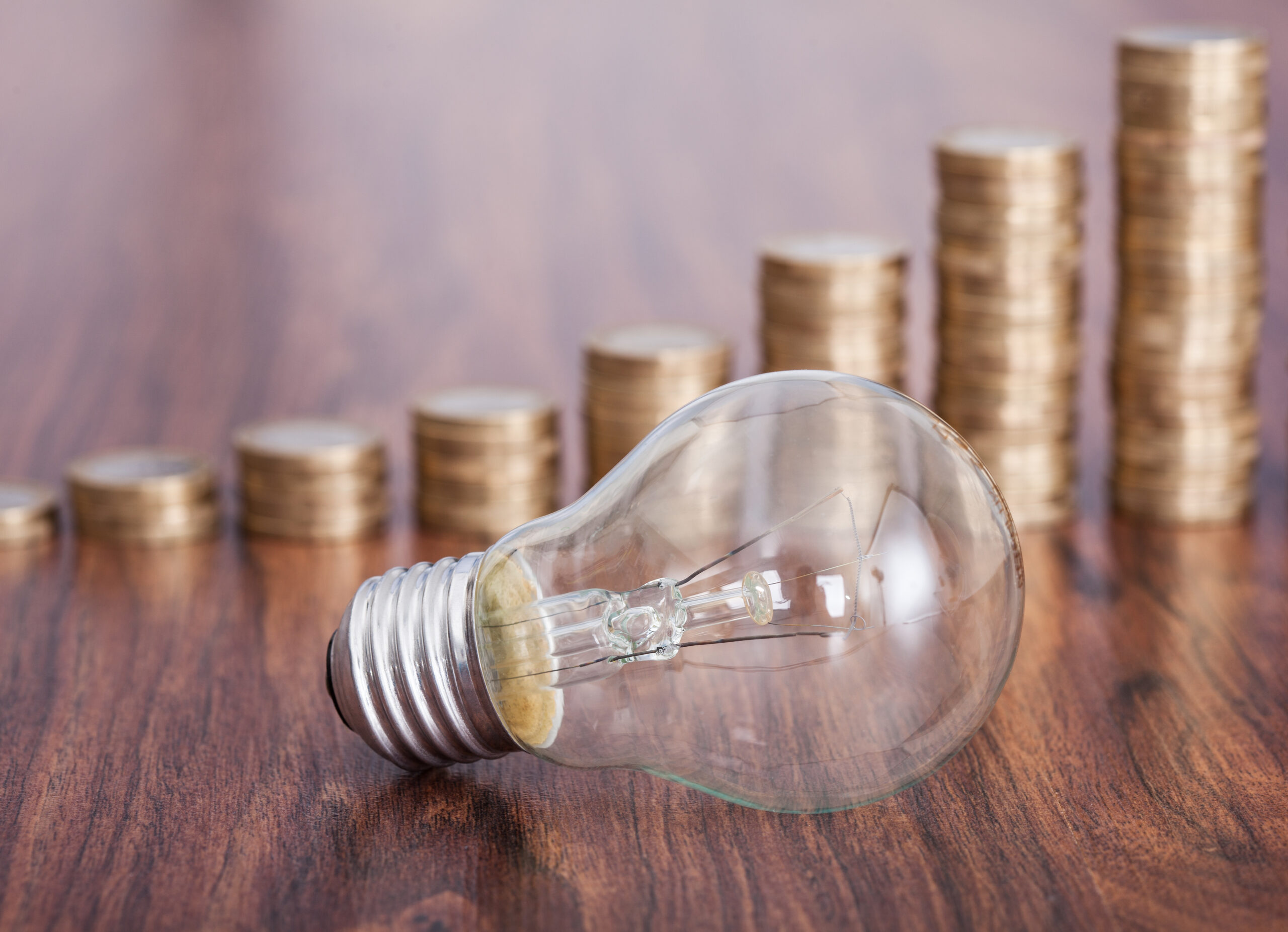 Energy prices in the Netherlands are expected to rise in 2024.

According to the homeowners association VEH, the average gas and electricity bill will increase by around 2,500 euros in 2024.

This month and next month in the Netherlands, many households will receive 190 euros per month from the government due to high energy costs. The government temporarily reduced VAT on gas and electricity from 21 percent to 9 percent. Next year, a price cap on average energy consumption will continue to apply.

900,000 people could not find a home in the Netherlands last year It was announced last year that nearly 900,000 people in the Netherlands said they wanted to move but could not find a home.

According to the Dutch Housing Survey conducted by the Netherlands Statistical Institute for 3 years, 900,000 people could not find a place to move in 2021. It was announced that this figure was 400,000 in 2015.

While the percentage rate of this figure was 3 in 2015, it increased to over 6 percent in 2021. The number of people who wanted to move but could not move due to housing shortages more than doubled.