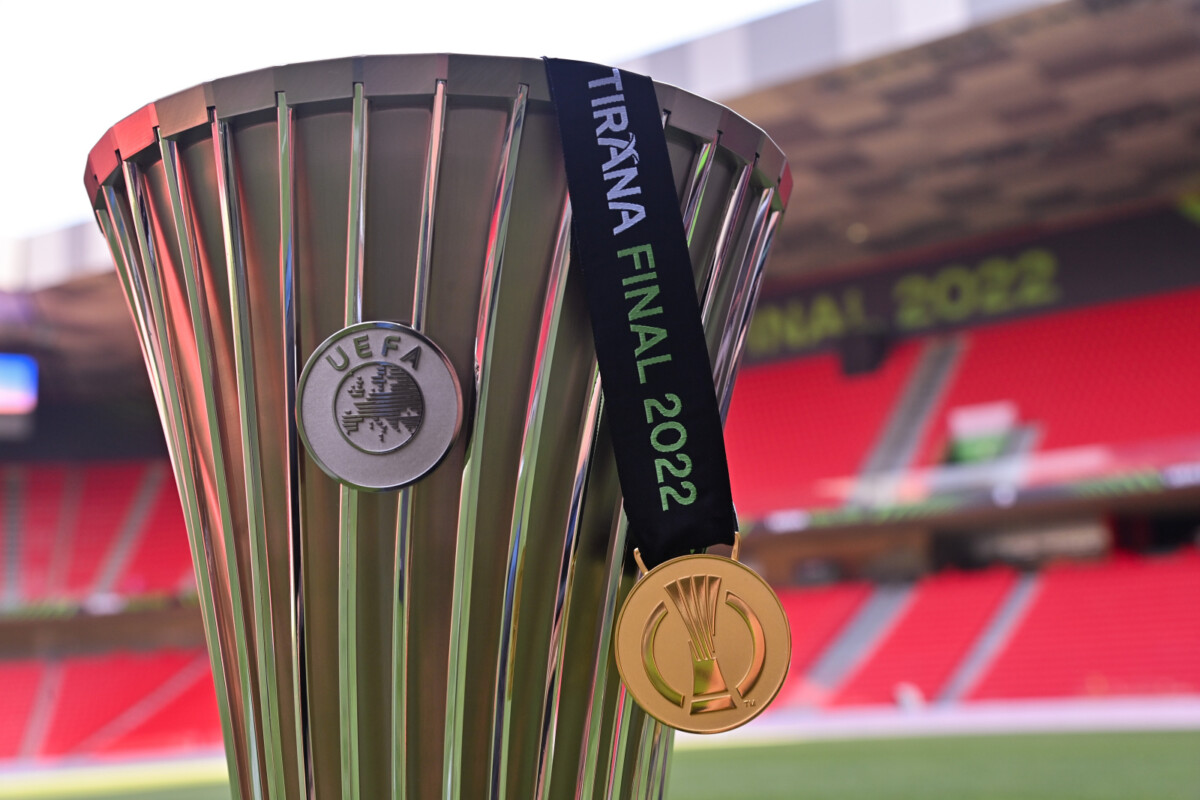 Feyenoord, one of the Dutch football clubs, will face Roma in the UEFA Europa Conference League final tonight. The final will start in Tirana, the capital of Albania, at 21:00 Dutch time.

The European Conference League is being held for the first time this year. The Conference League ranks as European football’s third-largest club-level tournament, after the Champions League and the European Cup.
Feyenoord faced the French team Marseille in the semi-finals. The rival of the Dutch team, Roma, was able to pass Leicester City and qualified for the final.
The match will be watched collectively in various parts of Rotterdam. These are: De Kuip, Stadhuisplein, Willemsplein, Binnenrotte, Noordplein, Café Steyn, Oude Haven and Café Mitchie.
Feyenoord will also broadcast the match in their own stadium. In the event to watch the final match, all tickets for the stadium with a capacity of 48 thousand were sold.
The match will be broadcast on ESPN.
Related Topics:Football
Up Next

Ahmetcan Kaplan Success story from Turkey to the Netherlands 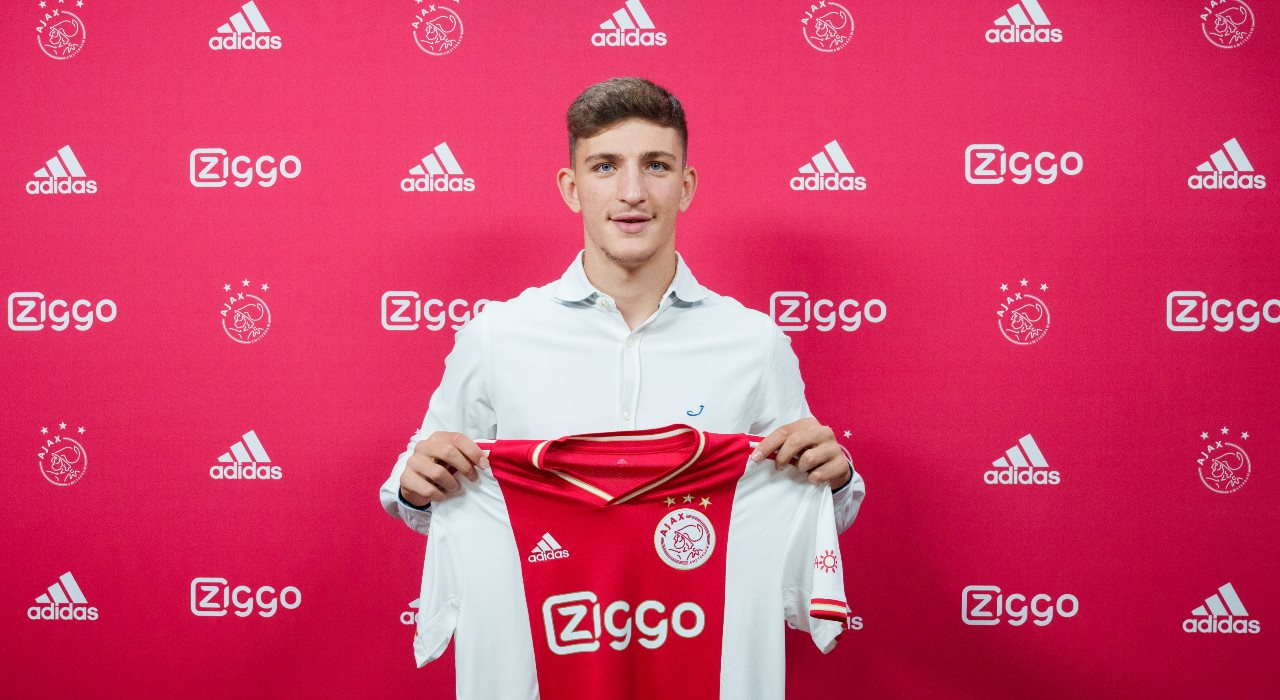 Ahmetcan Kaplan, who transferred from Trabzonspor to Dutch team Ajax with a transfer of 9 and a half million Euros, made history as the second player transferred by the Dutch team from the Süper Lig on a testimonial.

Ahmetcan Kaplan, who transferred from Trabzonspor to Dutch team Ajax with a transfer fee of 9 and a half million Euros, went down in history as the second player transferred by the Dutch team from the Super League on a testimonial, and was one of Trabzonspor’s top transfers with the fee he earned for his team.

The young talent, who opened the doors of Europe at the age of 19, became the third most expensive player in Trabzonspor history, and became the first Turkish player transfer made by Ajax from the Super League.

Trabzonspor, the last champion of the Super League, sent the young star Ahmetcan Kaplan, who grew up in his infrastructure, to the Dutch team Ajax with a transfer of 9 and a half million Euros and a 15 percent share from the subsequent sale. The left-footed defender, who opened the door of Europe, went down in the history of Trabzonspor and Super League with his transfer success and economic return.

Ahmetcan Kaplan, the second transfer to Ajax’s transfer from the Super League on a testimonial, has been on the radar of the Dutch team since April of last season.

After long negotiations, Trabzonspor and Ajax shook hands and completed the transfer of the young player. The young star, who signed his new club for 5 years and provided Trabzonspor with a 15 percent share from his next sale, showed the success of being the first Turkish player transferred by the Dutch giant from the Süper Lig.

It was the most expensive transfer after Yusuf Yazıcı

The young talent went down in the history of the burgundy blue club as the second most successful transfer, after Yusuf Yazıcı as a local player, in the list of players brought to world football by training Black Sea Storm, which has a football player ore infrastructure.

Top of the Dutch League

Ahmetcan Kaplan topped the list of the most expensive transfers from the Super League to the Dutch league Eredivisie. After Ahmetcan, Matus Bero, who transferred to Vitesse for 1.64 million Euros, is in the 2nd place, and Şota Arveladze, who went to Ajax, is in the 3rd place with 1.6 million Euros.

Ahmetcan, trained by Trabzonspor, ranked 17th among the players who paid the highest transfer fee in the history of Ajax, which brought young football players to the European stage by recruiting and training them. The left-footed player also went down in football history as the second defender to whom the red and white club paid the highest testimonial after Daley Blind with 16 million Euros.

Ahmetcan, who started his football career in Trabzonspor in 2018, was promoted to the 16-17 and 19 age teams within 2 years with his successful performance. Signing a professional contract with Trabzonspor in 2020, when he played for the under-19 team, the young star caught the attention of coach Abdullah Avcı and quickly rose to the A team. The young defender, who had a big break in his football career, which he started 4 years ago, was invited to the national team in the categories of 8 times 16 years old, 14 times 17 years old, 5 times 19 years old and 2 times 21 years old.

The market value of Ahmetcan, who extended his contract with the club in 2021 until 2026, increased rapidly in this process. The market value, which was 50 thousand Euros in August 2020, when Ahmetcan was in the 19-year-old team, climbed to 2.80 million Euros in June in the 2021-22 season, when Trabzonspor won the championship.

Turning the crisis into an opportunity

Ahmetcan A, who could not find the chance to play in the Super League despite being in the squad in 9 games in the 2020-21 season, was able to play for 12 minutes in the Alanyaspor match played in the 7th week of the 2021-22 season, for the first time in the team. Ahmetcan, who turned the crisis in the defense line into an opportunity due to Denswil’s injury and Hugo and Hüseyin’s card penalties in the Kayserispor match played away in the 8th week of the league, played for 90 minutes in an official match for the first time in the A team.

The player, born in 2003, who won the admiration of the fans in a short time with his performance, was engraved in the memories with the vital saves he made in front of the goal and on the goal line in the Fenerbahçe and Göztepe matches played in the second half. Ahmetcan, who played 13 times in the Super League and 5 times in the Ziraat Turkish Cup in the burgundy blue team, took a total of 1216 minutes in official matches in the 2021-22 season.

The player, who participated in Trabzonspor’s new season camp and did not risk in the league matches with the Copenhagen match, the UEFA Champions League play-off match, as the transfer negotiations continue, will continue his football career, which he started 4 years ago, in Ajax, one of the important clubs of Europe. 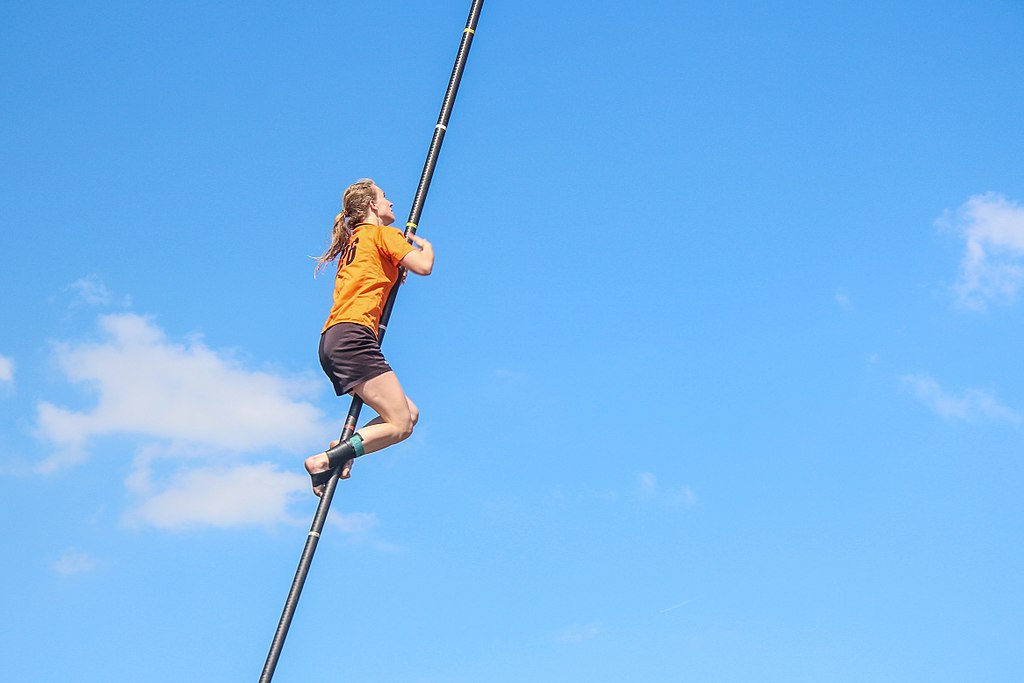 The current practice of a sport that dates back to the 18th century in the Netherlands has caused exciting moments. The interesting sport called ‘Fierljeppen’ is based on climbing over the water as high as possible on a wooden pole.

This method, which was used by Dutch farmers in the past to cross water channels, continues to exist as an interesting sport today.

Friezes, a people of Dutch origin, is a sport extensively practiced in the Netherlands. The beginnings of pole vaulting and long sports in theory. yes, i know what i’m saying.

There is a canal in your ten (you know, the Netherlands and the canal), and a circus. Your goal is to cross from one side of the canal to the other by using this pole.
However, it is possible that this circular can be short according to the width of the channel. Therefore, when you put the pole on the ground (at the base of the canal), it is useful to get to the top of the pole like a fast koala. otherwise you will fall into the channel.

People who jump using ssirigi are actually quite talented people. There are about 600 registered people doing Fierljeppen in the world. 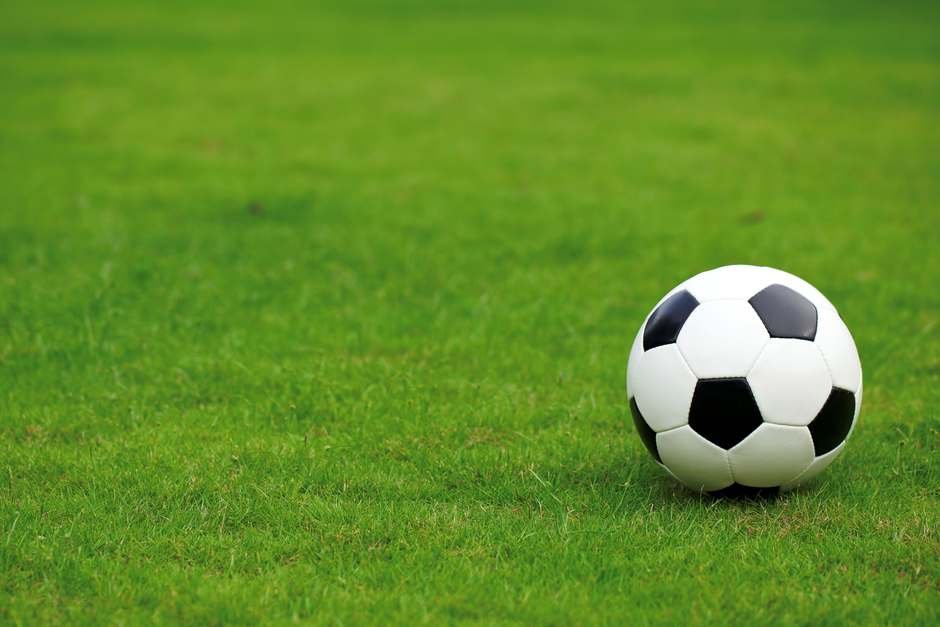 In a football match played in The Hague, Netherlands, 38 goals were scored, 37 from a single team!

The away team SV Houtwijk won the match between SV Houtwijk and HMSH by 36 goals. According to NOS’s report, with this very different win, SV Houtwijk took a big step towards the title.
When the first 45 minutes were up, the sign was showing 17-0. HMSH, who got a red card and injured the goalkeeper in the second half, conceded 20 goals in the second half.
SV Houtwijk increased its average to 71 with 37 goals scored in a single match. Sharing the top with Houtwijk and leading with an average difference of 76, MSV’71, another team in the league, is not very happy with the result.
MSV’71’s Martin van Zweden said he has serious doubts about the outcome of the match and will report the situation to the Royal Dutch Football Association KNVB.
Continue Reading 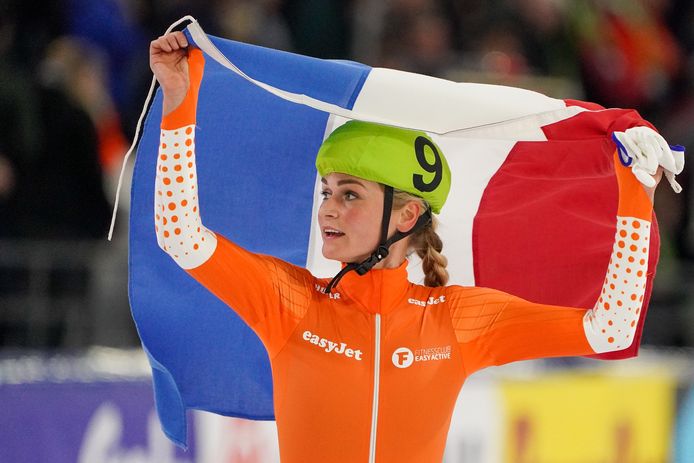 The athlete won the gold medal in the 3,000m on Saturday. The 29-year-old athlete became the third Dutch woman to win a gold medal at this distance, after Yvonne van Gennip and Esmee Visser. 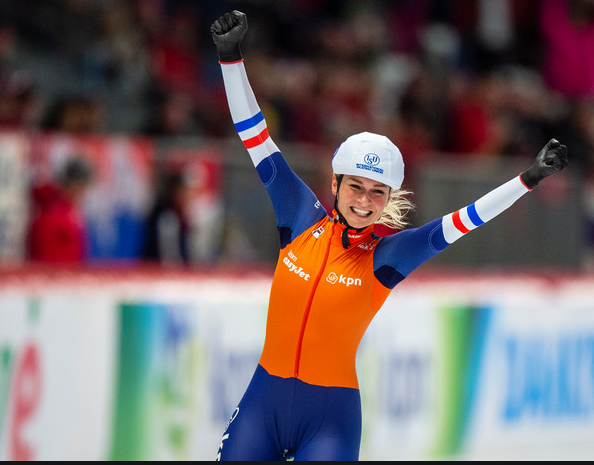 The favorite of the race, Schouten, with this success, broke Claudia Pechstein’s 2002 Olympic record and set a new Dutch record. Currently, the Netherlands, which has 4 gold, 3 silver and one bronze medals, ranks 5th in the medal rankings.

Schouten has two more medal chances for next week. On Tuesday, he will team up with Ireen Wüst and Antoinette de Jong, while Saturday will be the final batch start. Wüst has 6 gold, 5 silver and 1 bronze items in total. After breaking the record, the successful athlete, who could not hold back his tears in his speech to the press, won his gold medal at the age of 4 years and 37 years old cancerutekom dreamien van De. Wüst said, “We can’t do it yet, we will be thrown on the phone with this voice. Maybe he is happy where he is.” The 10th week of the Eredivisie will be the scene of a huge match, Ajax and PSV will share their trump cards. Ajax led the week with 22 points. PSV is following its arch-rival with 21 points. The home team aims to widen the point gap and return home to the guest team in the leadership seat. When is the Ajax-PSV match, what time is it, on which channel? The answers to the questions, possible 11’s and 90 minutes before the details are in our news.

Ajax and PSV will face each other in the most important match of the 10th week of the Eredivisie . With 7 wins, 1 draw and 1 loss, Ajax is sitting in the leadership seat with 22 points. With 7 wins and 2 losses, PSV continues to follow its arch-rival with 21 points. Ajax, under the management of Erik ten Hag, aims to reach 3 points at home and increase the point difference to 4. PSV under Roger Schmidt aims to win away and return home as the leader.

Turkish-Dutch referee Serdar Gözübüyük will moderate the Ajax-PSV match, which will be played at the Johan Cruyff Arena. There is no broadcaster of the critical match that will start at 17:45 CEST today.

Sean Klaiber and Maarten Stekelenburg in Ajax and Ritsu Doan and Richard Ledezma in PSV will not be able to play in the tough match due to their injuries.